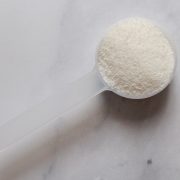 Catch up on the latest podcast

Why Probiotic “Strains” Are Important & The Best Probiotic...
Sign up and get 15% off your first Gut Power Drinks order

Gut Power Matcha is the tastiest, easiest way to get prebiotics & probiotics into your diet.
Your information will *never* be shared or sold to a 3rd party.
Scroll to top